Libraries harnessing the cognitive surplus of the nation

It was with great pleasure that I accepted an invitation to lunch at the Parliament of New South Wales last week with Her Excellency Marie Bashir, the Governor of NSW.  The lunch was in memory of Jean Arnot, forward thinking librarian. In her memory each year a female librarian is awarded a prize for the best essay on librarianship. This year I was the JeanArnot Memorial Fellowship prize winner for my essay:  ‘Harnessing the cognitive surplus of the nation: new opportunities for libraries in a time of change’. 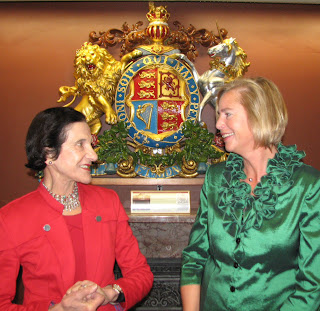 “your essay was energetic and passionate, and argued cogently for your position, which obviously has significant import for the Library profession”.


The essay was an amalgamation of my ideas, research and practice over the last 4 years into crowdsourcing in libraries.  Although it is aimed at librarians it is equally relevant to archivists. The essay focuses on the idea of cognitive surplus and how and why libraries urgently need to tap into this opportunity. ‘Cognitive surplus’ is a phrase coined by the author and academic Clay Shirky (whose mother is a librarian). It means the free time that people have in which they could be creative or use their brain.  Many people spend their ‘cognitive surplus’ time by watching hours of television, gaming, surfing the internet or reading. However, due to the increased availability of the internet in households, the rise of social media technology, and the desire of people to be creative rather than consumptive, there is now a major change in use of cognitive surplus time. People want to produce and share just as much if not more than consume. Due to new forms of online collaboration and participation, people are seeking out and becoming very productive in online social endeavours. Clay Shirky hypothesizes in his books that there is huge potential for creative human endeavour if the billions of hours that people watch TV are channelled into useful causes instead.

2008. The National Library of Australia set an international example of how to harness the cognitive surplus of the nation with the Australian Newspapers service. The community is able to improve the computer generated text in digitised historic newspapers by a ‘text correction’ facility, thereby improving the search results in the service. 40,000 people have corrected 52 million lines of text.

2010. The National Library of Finland was the second library to implement community newspaper text correction in their Digitalkoot crowdsourcing project. So far 50,000 people have corrected the text to 99% accuracy.

2011. The New York Public Library released ‘What’s on the menu?’, a crowdsourcing project where the community transcribe text from digitised menus held in the library’s collection. So far 800,000 dishes have been transcribed from 12,000 menus, making them full-text searchable.

2012. The Bodleian Library released the fourth large scale library crowdsourcing project this year. ‘What’s the score?’ is a project where the community can help describe the vast music score collection at Oxford.

If the library profession leverages our expertise with technology and collaboratively harnesses the cognitive surplus of the community we will be able to develop, expand, and open our collections. We will be able to enhance and preserve the social history of the nation while meeting the ever-changing needs of our society. By engaging the community, libraries can develop projects of equal scale, quality and output of commercial endeavours.


The survival of libraries is under threat and I believe that gaining the help of our community with their ideas, knowledge, skills, time and money is the answer. To remain relevant and valued in society libraries must look at their collections and communities in new, imaginative and open ways.  We have the technology to do whatever we want. We must change our culture and thinking to embrace new opportunities such as crowdsourcing on a mass scale.  The value and relevance of libraries is two-fold. It lies in both our collections and in the community that creates, uses, and values these collections. Let us demonstrate this and our place in it. Let us hold onto our original values of open access to all, and do whatever it takes to remain core, valued and relevant in society.


I would encourage you to read the full essay, pass it onto your colleagues, think about this idea deeply and work out how you can harness cognitive surplus to help your profession and organisation in the immediate future.

Photo: Women reach for the skies, big opportunities are out there….
This Andrew Rodgers sculpture was unveiled at airport on 2 April 2012.  It is the largest bronze figurative sculpture in and is called ‘Perception and Reality 1’. 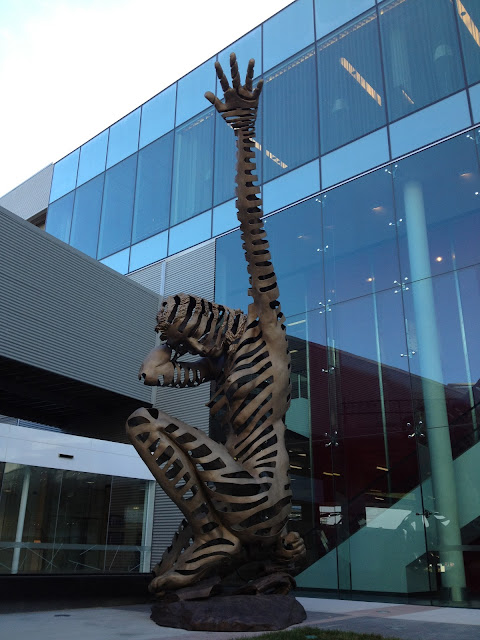